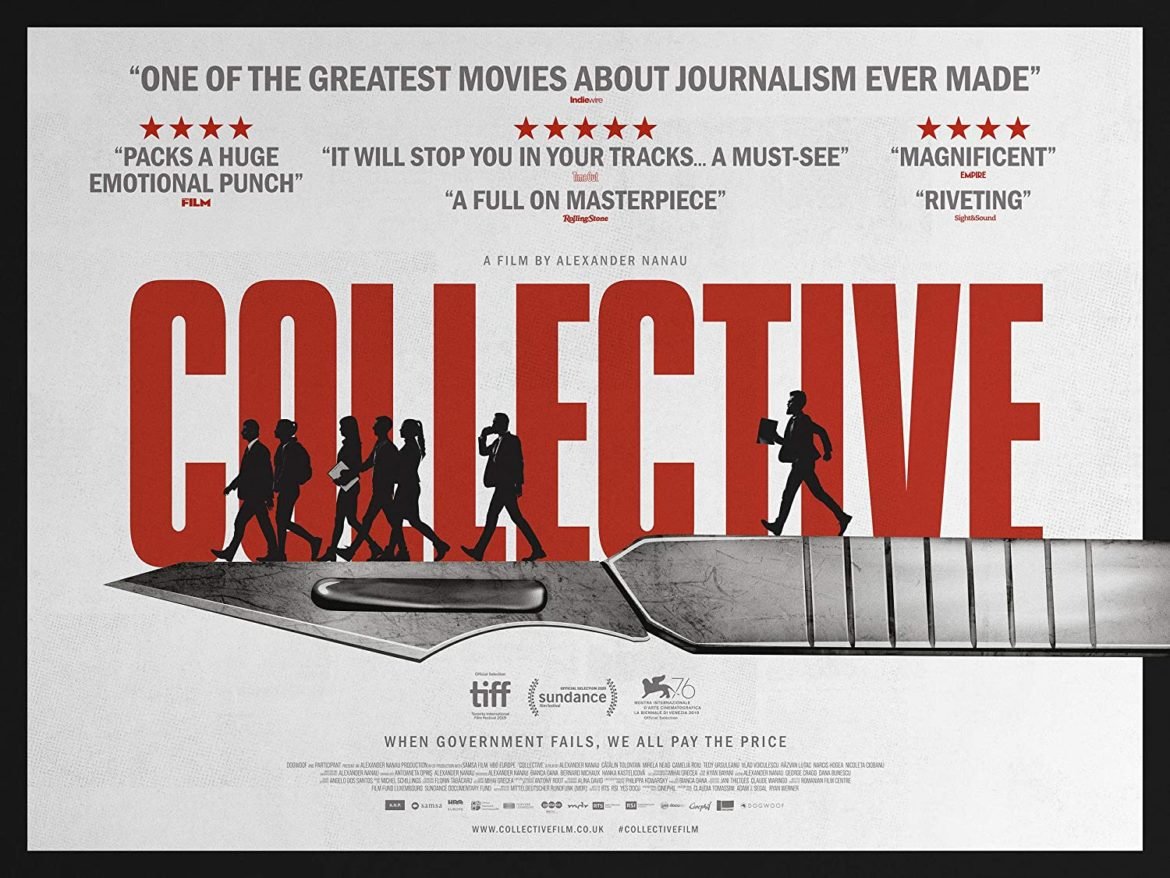 Collective is one of the documentaries that did not win

The 93rd Awards ceremony gave his verdict last Monday in the early morning. In the documentary section the winner was not really a surprise, as « My Octopus Teacher » already won the Bafta and the Golden Lion in the previous months and won the Oscar too. Nevertheless, it was the occasion to discover incredible movies that always provide this section even they didn’t win an Oscar.

On the 30th of October of 2015, the Bucharest disco « Colectiv Club », lived a tragic fire. A lot of people died in the different hospitals of the city, because of injuries that were not supposed to put their lives in danger. After having a testimony from a doctor, some journalists from the « Sports Gazette » decided to investigate on the topic to bring to the light the massive corruption of the public health system in Romania.

James LeBrecht was born with a spina bifida, a severe malformation of the vertebral column. When he was 15, he took a video camera and record what was happening in “Camp Jened”, a utopic summer camp created in the 50s in the Catskills, in the North of the State of New York, near Woodstock. At this time, in 1971, the Civil Right movement is active and the “Flower people” are leading it. But many animators are not qualified to take care of disable people.

Rómulo Aitken is in charge of a small private investigators company. A client asks him to investigate on a nursing home where lives her mother, because she thinks she is abused. Rómulo hires Sergio, a 83 year-old man that never did this before. He has to integrate the nurse house during 3 months. Being the mole is very hard for him and feel that he is becoming like any other old people living there. Quickly, he realize that the client never comes to see her mother and that the people in the nurse home don’t seem to be abused. But many of them are lonely and abandonned by their family.

Fox Rich is an entrepreneur and a mother of a six boys family. It’s been 20 years she militates to liberate her husband, Rob G. Rich. He is serving a 60 year prison sentence for a robbery they both committed in the early 90s, in a moment of desperation.

Celebrities wore their outfits at the Met Gala with the theme In America: An Anthology of Fashion and the Gilded Glamor dresscode
https://aulanews.uao.es/2022/05/05/met-gala-took-the-biggest-fashion-event-by-storm/