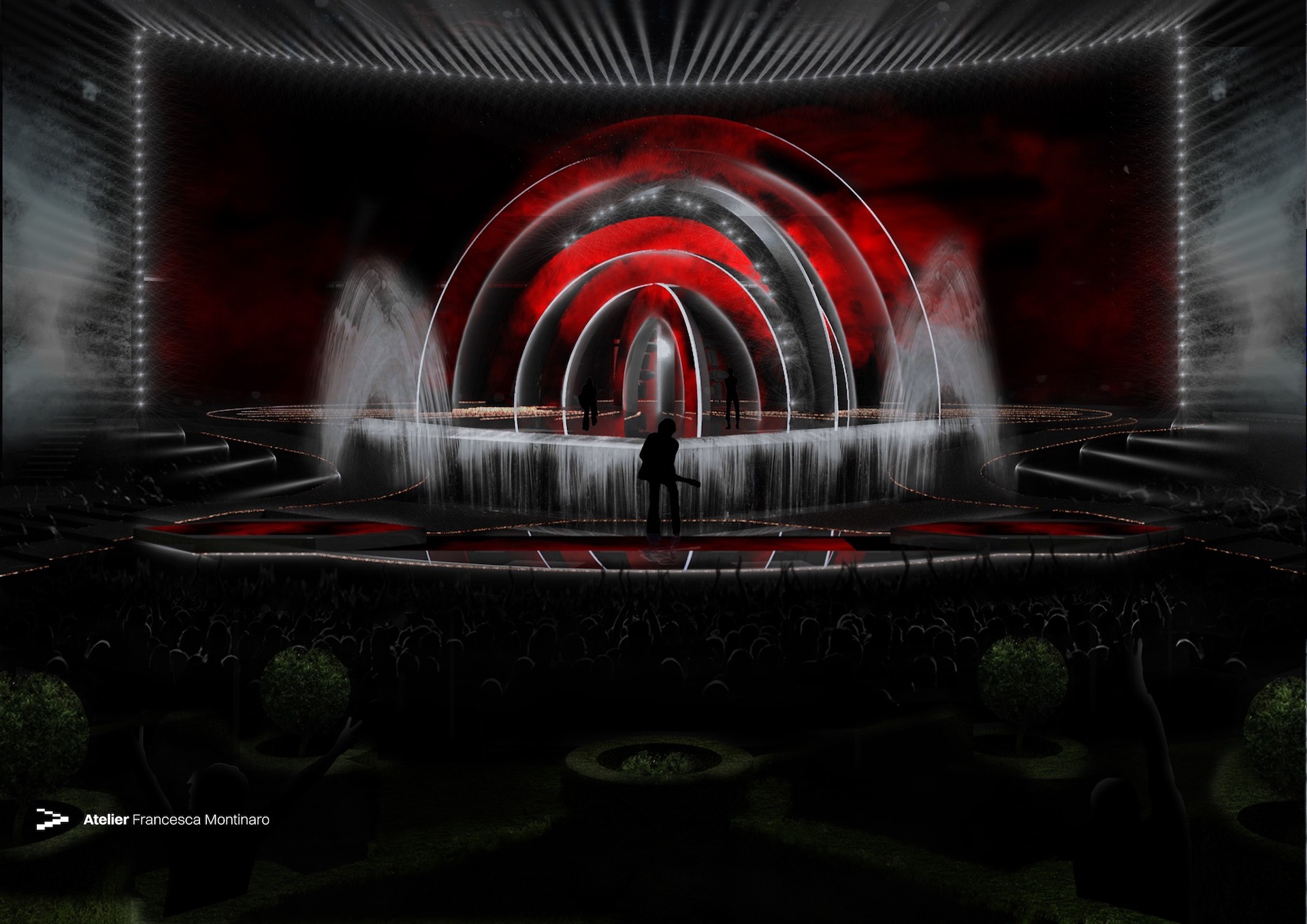 The stage of the Eurovision Song Contest 2022 — Photo: EBU/ATELIER MONTINARO

In less than one week, the 66th Eurovision Song Contest (ESC) will take place. But this year, the world’s biggest music competition is not only about music – also politically the contest is gaining importance again this year. 40 years after the victory of Nicole for Germany with “Ein Bisschen Frieden“, what means a bit piece for the world, the lyrics of this song are more topical than ever.

With a war going on in the heart of europe, this year’s ESC has even more attention. It is the first time that many nations have come together during this tense situation, and not in a political environment. Eyes and ears of many viewers in front of TV sets all over the world are therefore eagerly watching the competition in Turin.

Russia excluded from this years contest

On February 25 the European Brooadcasting Union (EBU) excluded Russia from this years Eurovision Song Contest after the invasion of Russian troops in Ukraine. As a result, 40 countries will now take part in the ESC in Italy instead of the previous 41. Belarus is still not allowed to participate after the suspension of the broadcaster BTRC last year. So this year, too, the conflict will undoubtedly be a topic – but maybe not as big as expected.

“The fact the Ukraine is there is already a statement”, says ESC-Expert Luis Fuster from Valencia. The journalist will travel to Turin and will follow and report about the competition live on site. “There was a little lighting with the flag of Ukraine during Ukraines test performance and there will be a nod of the presenters to the situation in Ukraine. But I don’t think it’s going to be a running theme of the whole contest.” Still, he thinks it will be a controversial contest this year. To hear about all his expectations, you can watch the whole interview in the video below.

ESC as a political reflection of Europe

There is no denying that every year the ESC is more or less a political stage. For example, in 2009 when the competition was held in Moscow, which worried the LGBTQ community among the fans even before Russia’s homophobic laws, or when the ESC 2011 was held in Baku, Azerbaijan an autocratically run country with many human rights violations.

From the official side of the European Broadcasting Union, which organizes the ESC, it is said that the Eurovision Song Contest is not political. Otherwise it would probably not be possible to get countries with different political backgrounds into one contest. However, every viewer knows that the music competition is of course a reflection of the sensitivities of Europe, so it remains to be seen how the event will be staged this year in Turin. Like every year, viewers have to read between the lines, and the political aspects are taken into account.

Perhaps it is also precisely this that political tensions come together, which makes the ESC exciting every year again. That these atmospheric imbalances and conflicts can also become a topic. Otherwise, the ESC would be a boring string of similar-sounding songs. And after a few years, at least, no one watches them anymore. “The rule of not being political is a bit controversial. Eurovision by nature is a competition between countries”, sums up ESC-Expert Luis Fuster. “That makes it political from the very begining.”

However, this is not the first year that the Ukraine-Russia conflict will be felt at the ESC. Already in 2017, Russia withdrew from the Eurovision Song Contest in Kiev because the Ukrainian authorities refused entry to the Russian candidate Julia Samoylova. The reason for this was that Samoylova had entered via Russia in 2015 for a performance in Crimea – but since the annexation of the peninsula, this has been punished with an entry ban of several years.

Two years later, Ukraine did not participate in the ESC in Tel Aviv, as the original candidate MARUV had withdrawn her participation after the broadcaster UA:PBC had banned her from concerts already planned in Russia. Unable to find an alternative to MARUV at the time, the broadcaster withdrew from the competition completely.

No ESC without a scandal?

But even before the actual contest, there was already a lot going on this year. For example, the withdrawal of Ukrainian singer Alina Pash in February from participation in the Eurovision Song Contest in Turin. Pash had won the Ukrainian ESC preliminary competition “Vidbir” on February 12 with the song “Shadows Of Forgotten Ancestors” but a few days later she announced on her Instagram account that she would not be competing for her country at the ESC.

Apparently, there were unresolved issues regarding a trip the singer made in 2015 and the accusation was that the singer had traveled to Crimea with forged papers. The responsible broadcaster UA:PBC had confirmed her withdrawal from the competition. In an emotional post on her Instagram profile, the singer defended herself against the accusations at the time, but the withdrawal remained. Now the Kalush Orchestra is standing up for her.

What to expect from this year

This year’s contest will take place in Italy under the motto “The Sound of Beauty”. This was made possible by the Italian band Måneskin, which won the ESC 2021 in the Netherlands with the song “Zitti e buoni. It will be hosted by Laura Pausini, Alessandro Cattelan and Mika. All shows will take place at the PalaOlimpico in Turin. After 1965 in Naples and 1991 in Rome, Italy is hosting the world’s biggest music competition for the third time. 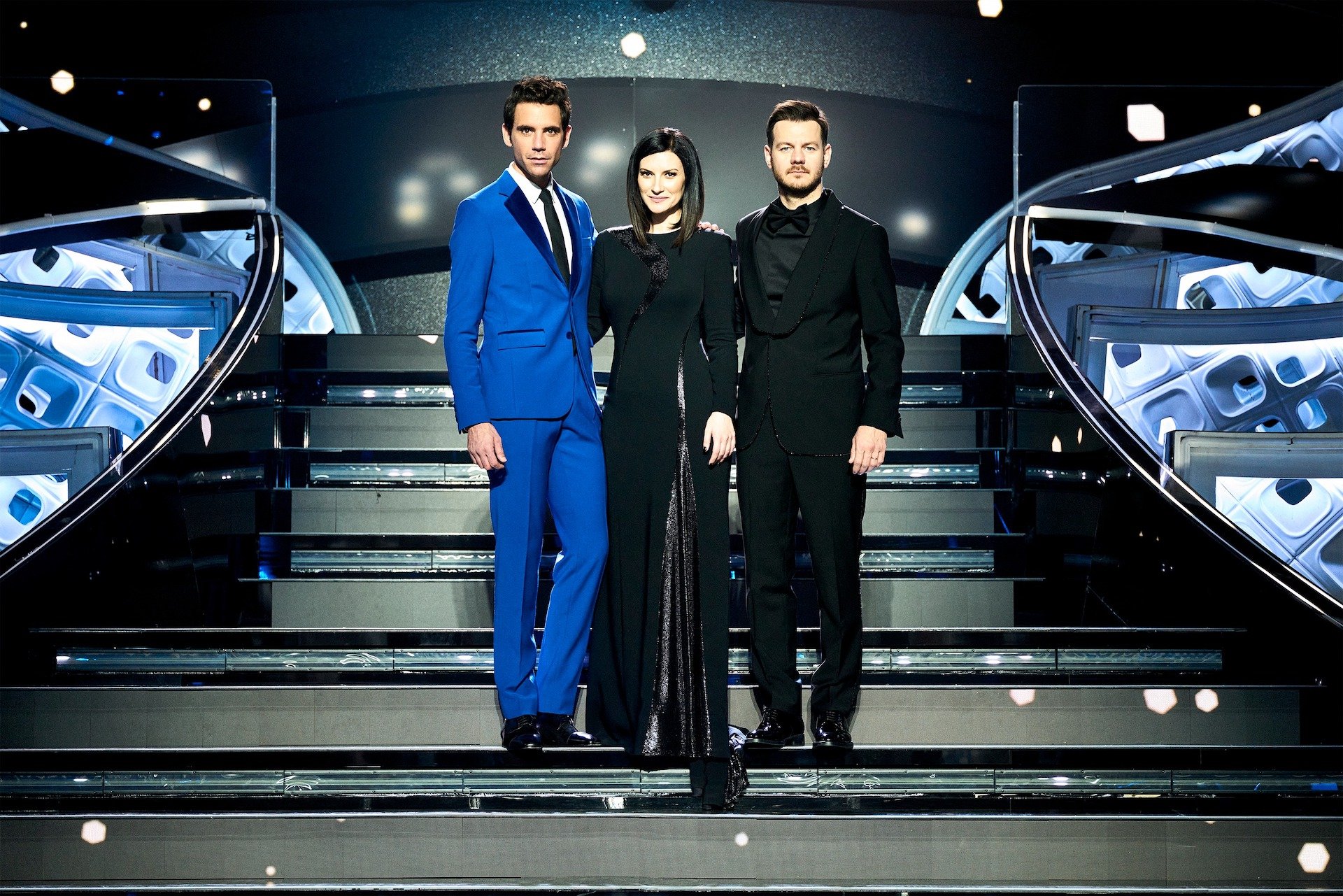 In the grand finale, last year’s winners from Rotterdam return to the ESC stage as an interval act: glam rockers Måneskin perform a medley, including “Zitti e buoni”. Gigliola Cinquetti, who was the first Italian participant to win the Eurovision Song Contest in 1964, sings her ESC winning song “Non ho l’età” afterwards. In addition the presenters Laura Pausini and Mika will round off the intermission program with medleys.

Who will win this years ESC?

The bookmakers say that Ukraine will win this years competition, but our expert Luis Fuster sees it differently. This year, he says, it’s a very open year, as there is no clear favorite. “People think Ukraine will take it for sure, but I am not really sure if it’s going to be enough for Ukraine to win.” He personally sees Sweden as his favorite.

The host country and the five countries with the largest share of the EBU budget are always automatically seeded for the ESC final. Since Italy is also one of these Big Five, along with Germany, France, United Kingdom and Spain, only five countries are already qualified for the final on May 14 in Turin instead of the regular six.

So 35 countries are in the semifinals, 20 of them qualify for the final. The ticket sales for all shows in Turin started on April 7, but within a short time all tickets were sold out. So if you weren’t lucky enough to get one, the only thing left to do is to watch the contest from your couch at home. This are the dates: 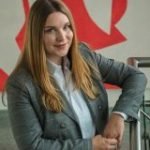 Communication student. Interested in politics, feminism, travel and food. „Journalism is an act of faith in the future.“ - Ann Curry 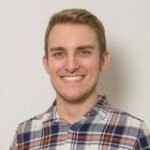 "There can be no higher law in journalism than to tell the truth and to shame the devil." (Walter Lippmann)