Bong Joon-ho’s ‘Parasite’ won the best picture at the 92nd Academy Awards. This has been a huge progress for the cinema industry, as it is the first non-English language film to do so in history. But the actual change was 20 years ago. The ‘New Korean Cinema’ became internationally well-known for its quality and uniqueness. If you liked ‘Parasite’ you definitely need to watch these Korean films.

The crime thriller ‘Shiri’ (Kang Je-gyu, 1999) arrived to the top local grossing. It was a really important phenomenon as this film treated a tough topic at that time: the tense relationship between North and South Korea. This movie was a total success, and supposed the creation of a new cinematographic product: the blockbuster, which caught the attention of the occidental spectator.

In the 2000’s, a film that contributed to the dissemination of Korean cinema was the neo-noir action thriller film ‘Oldboy’ (Park Chan-wook, 2003). The success of this movie made the director Chan-wook get off the ground his career in the international panorama. The American filmmaker Spike Lee tried to remake ‘Oldboy’, but it ended up being a failure. This is one of the most well-known Korean films in the cinema.

Korean movies are also present in Netflix. This has been an important advance too, as the audience can watch easily foreign films by adding subtitles. One of the most popular Korean movies is ‘The Witch: Part 1 – The Subversion’ (Park Hoon-jung, 2018). It is about the life of a high school student with a mysterious past that is turned upside down when a group of strangers show up and wreak havoc.

Bong Joon-Ho´s career first kicked off in 2000, when he began to shoot his first movie ´Barking Dogs Never Bite’. Once first released, the commercial coverage was at its lowest but, the film then went onto the competition section of Spain’s ’San Sebastián International Film Festival’.

Perhaps Bong Joon-Ho’s previously successful films led to Parasite becoming such a phenomenon, in 2013, ‘Snowpiercer’ Ho’s first American produced film was released and became a massive hit, this was his first English produced film and was based a graphic novel, where by the film consisted of a futuristic train with the passengers on board separated by social status.

Some concepts which reflect the parasite movie. It could be suggested that Ho’s unique and consistent strategy has contributed to his recent success as he has had many experiences to get him to this spot.

’Okja’ was published in 2017, it is classed as a Korean-American action-adventure film about a girl who raises a genetically modified superpig. ‘Parasite’ has been so globally acknowledged. Ho has won Academy Awards for Best Picture, Best Director, Best Original Screenplay and on behalf of Korea, Best International Feature Film. 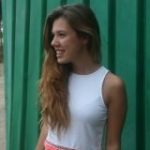 Ver todas las noticias
Compartir el artículo
Facebook
Twitter
Linkedin
Once upon a time in Barcelona
Once upon a time in a kingdom, which according to different versions of this story is placed among a...
Demi Lovato
Demi Lovato has announced that them identify as non-binary and that are changing pronouns to they/th...
Billie Eilish
La cantante y compositora estadounidense Billie Eilish de 19 años sale empoderada en sus últimas fot...