Chris Buckley reported for the New York Times of abandoned canine salons and little dogs wandering the streets of Wuhan, China, two weeks into the first COVID-19 lockdown. Given the limited information about the virus in its early days, a rumor circulated that dogs could spread the coronavirus. According to the Center for Disease Control, there is no evidence that animals play a significant role in spreading the virus that causes COVID-19. While animals were abandoned by their owners in the early days of the virus in China, animal adoptions are at an all-time high in the United States. Today, many Americans are turning to their canine friends for support during this time.

“Folks who don’t have animals for one reason or another, because of their work schedule or their travel schedule, that’s all changed right now,” Block told WIRED. “People… are going to their local shelters’ websites, seeing what they need, and are dropping off blankets and pet food. In the midst of all these things that are so challenging and so hard, communities are really stepping up for these animals.”

While the United States has seen the rate of animal adoptions increase, these trends haven’t been consistent with the rest of the world. According to SPCA International, countries, including Italy, China, Spain and South Korea, are seeing abandonment rates rise as the virus spreads. Similar to the early days of the virus, SPCA International has reported “plummeting adoption rates amid escalating fears about depleted resources.”

“Our Shelter Support Fund is trying to help shelters and animal organizations that are seeing an increase in abandonment rates, whether that is due to the owner passing away, someone becoming afraid of catching the virus from their pet or not being able to support the pet anymore because they’ve lost their job,” said Meredith Ayan, executive director of SPCA International.

Similarly, the coronavirus has caused a slew of issues for Spain’s animal sanctuaries. According to the Los Angeles Times, many people who have adopted animals from El Refugio del Burrito animal sanctuary in Malaga, Spain, have been affected by COVID-19. As a result, those affected have tried to return their animals to the sanctuary, but the sanctuary has reached capacity with 255 animals.

“There are days when I’m afraid to even answer the phone,” said a spokeswoman for El Refugio del Burrito, Rosa Chaparro, to the Los Angeles Times. “We can’t afford more, but we can’t leave them abandoned either.”

With a sanctuary status, animal adoptions and rescue groups guarantee care and shelter until they can find permanent homes for the animals. Because the sanctuaries depend on personal donations, the lack of animal adoptions and an increase in abandonment has created a financial burden. Additionally, Spanish animal sanctuaries are suffering from a lack of staff, a shortage of funds, and a lack of veterinary care.

How to Help Animals Amidst the Coronavirus 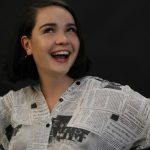