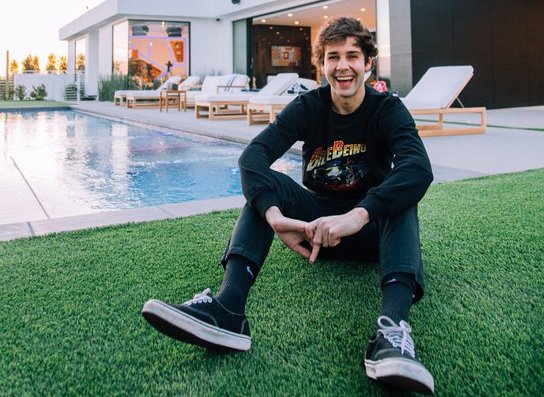 David Dobrik in front of his new house / Twitter @DavidDobrik

David Dobrik, a 24-year-old Slovak-born vlogger, is back on Youtube after an 11-month break triggered by Covid-19. On February 9th he posted his latest video, on his second channel called David Dobrik Too. In which he informs his return with a new $12 million house.

In his new vlog titled “I bought a new house (2021)”, Dobrik flaunts with cheerfulness his new residence. It includes a movie theatre, a basketball court, a pool, a wine cellar, etc. In addition, he decided to add some personal touches to the building, like an iron man suit replica or a water fountain, that releases Hawaiian Fruit Punch, inspired by the Mr. Deeds movie from 2002.

While showing his recently acquired property, the youtuber also announced that his podcast named «Views», recorded with his fellow vlogger and friend Jason Nash, would return to Youtube in a visual format. What is more, their first attendant would be Halsey, the world-renowned singer. And that the following guest would be Madison Beer, the vocalist and influencer, who’s a close friend of Dobrik.

In March 2020, Dobrik confirmed his break from Youtube through the platform, explaining that: “due to Covid-19, it’s impossible to film the stuff we would normally want to film”. Additionally, He confessed that his regular vlogs wouldn’t come back unless quarantine is over. Although the pandemic situation is far from over, the vlogger has decided to provide his viewers with another video.

David Dobrik started on Vine in 2013 and continued on Youtube in 2015 with a channel that now has over 18 million subscribers. He’s known for being the leader and creator of the “Vlog Squad”, one of the most famous groups amongst the influencer community. In a span of two years, the vlogger has given away more than 20 cars to his friends and family, he even gifts one to his assistant on his comeback vlog. His content mostly revolves around his friends doing extravagant and humorous activities, that’s the main reason he had to quit vlogging since quarantine started. 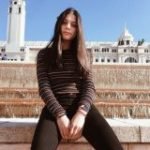 I'm in my 3rd year of coursing a Double Degree in Journalism, Advertisement, and Public Relationships. I'm passionate about music, TV shows, and movies.